The original church which was in the shape of an octagon and served settlers as a fort against Indian attack.The east wall of the current building incorporates several carved stones from the first church building that was originally constructed on this site. These stones bear the monogram of several of the founding families. The Gothic arch fanlight over the three doors, and the fenestration of the tower: door-window-oculus-window—a pattern that is found in many other Reformed churches in the state. 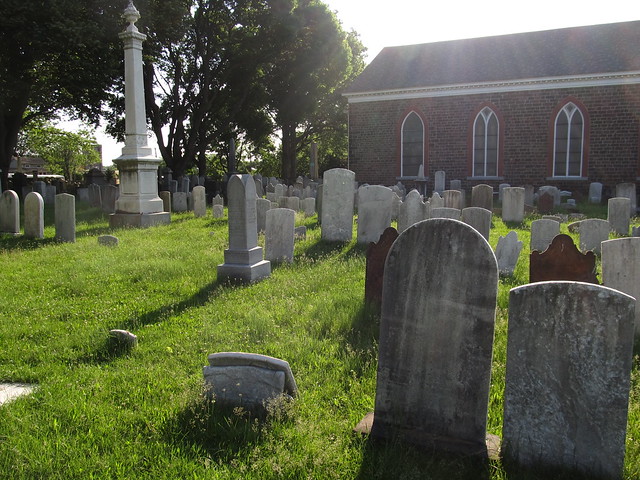 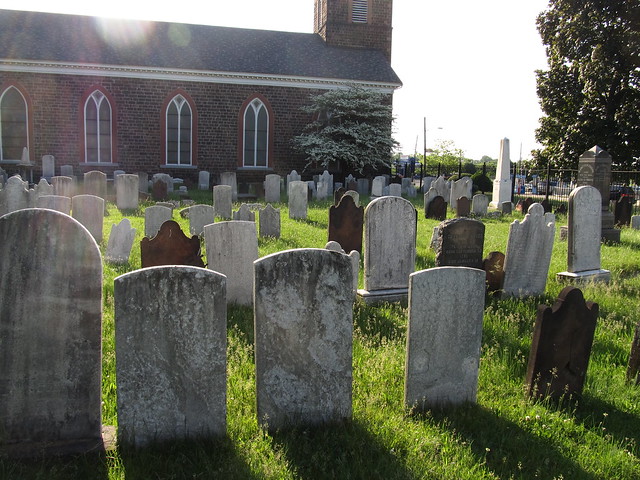 First Reformed Dutch Church is located in Hackensack, New Jersey, where it sits in the churchyard of the church by the same name; however, the current building is not the original building. The current building was constructed in 1791. This church is adjacent to the Hackensack Green, which was originally church land and is one of the oldest public squares in New Jersey. This church was established by Dutch settlers in 1686, but the first building on-site was constructed in 1696. The congregation was made up of 33 congregants. The church shows the influence of the Dutch in religion; the Dutch brought over their Protestant traditions and architectural style. This church also acts as a precursor to the founding of other Dutch Reformed churches in Bergen County and throughout New Jersey. In addition, the building and original congregation represented the establishment of Protestantism as the dominant faith of the region. This church does not have much of recent connection with Rutgers University; however, when the church was first established, Minister John Henry Goetschius and members of the congregation were leaders in the founding of Queen’s College, present day Rutgers University. This church shows the Dutch influence on religion in New Jersey. It set the basic plan for the most of the early Dutch Reformed churches in Bergen County and elsewhere in the state, especially the Gothic arch fanlight over the three doors, and the fenestration of the tower: door-window-oculus-window pattern that is found in many other Dutch Reformed churches in the state. First Reformed Dutch Church has survived to this day and still attended. Many people today see their faith as important to them, in a personal and communal sense. The graves of the church signify its enduring history, both old and modern; some of the graves are very old, placed there around the time of Dutch settlement in the area. Others come from the Victorian era, and there are even some that are relatively new, shaped form granite or marble. Veterans from several wars are buried there, including the Revolutionary War and Civil War.