“The Next Rembrandt” is a digitally-created interpretation of Rembrandt by inputting 346 of the painter’s works into a deep-learning algorithm. This algorithm, in turn, extracted subject matter, geometric patterns, and facial proportions from the works to create a new portrait of Rembrandt. After going through the algorithm, the portrait was then laid down on canvas by a 3D printer to recreate the depth of Rembrandt’s brushstrokes and illusion of texture. Truly, this work personifies the collision between old and new— art and science; thus questioning our ideas of what art really is.

For our exploration into Dutch heritage and its influence in the contemporary world, our group chose a different type of painting – The Next Rembrandt.  As the name implies, the painting has a correlation to Rembrandt van Rijn, the famed Dutch painter and etcher.  In fact, some could make the case that Rembrandt himself created The Next Rembrandt.  However, the actual credit for this painting goes to Bas Korsten, Ben Haanstra, data analytics and teams from Microsoft, the Maurithsuis in The Hague, Technical University Delft, and the Rembrandt House Museum in Amsterdamm.  Together, all of these entities created The Next Rembrandt – a portrait created by software that interpreted the geometry and composition of 346 of the artist’s works and an additional height map that mimicked the artist’s brushstrokes.

While The Next Rembrandt has yet to placed in a certain location, we are certain that the painting will find a home in Amsterdam, where it will be unveiled.  The obvious reason for this location is presumably because of the intimate proximity of Amsterdam to Rembrandt’s heart.  While The Next Rembrandt is presumed to reside in the Netherlands, the connections to America are found in the collaboration embraced by the project members.  Microsoft, which appears to be the single tech corporation spearheading the group of data scientists and academics, is a renowned American company – and the sole American company in this case.  However, what is interesting is the spirit of teamwork that was adopted by the entirety of the group members in order to accomplish this project – a spirit that echoes the partnership shared between early citizens and the Dutch in colonial America.

The Next Rembrandt stood out from the other artifacts that our group surveyed because of the precedence and standard that this project is setting.  To blend the worlds of art and algorithm to mimic the work of one of the greatest artists in history opens up the potential of such technology to be applied for restoration projects and greater artistic feats.  Furthermore, this “artifact” gives a voice to the data analytics, engineers, and academics alike of today by providing a novel way to look at the past – by virtually creating the past.  In doing so, the students of today gain a hands-on example of topics studied for centuries.  In a world that is constantly advancing in technology and programs, there is something humbling and academically tantalizing of using our advances to create a reflective way to look at and examine our past. 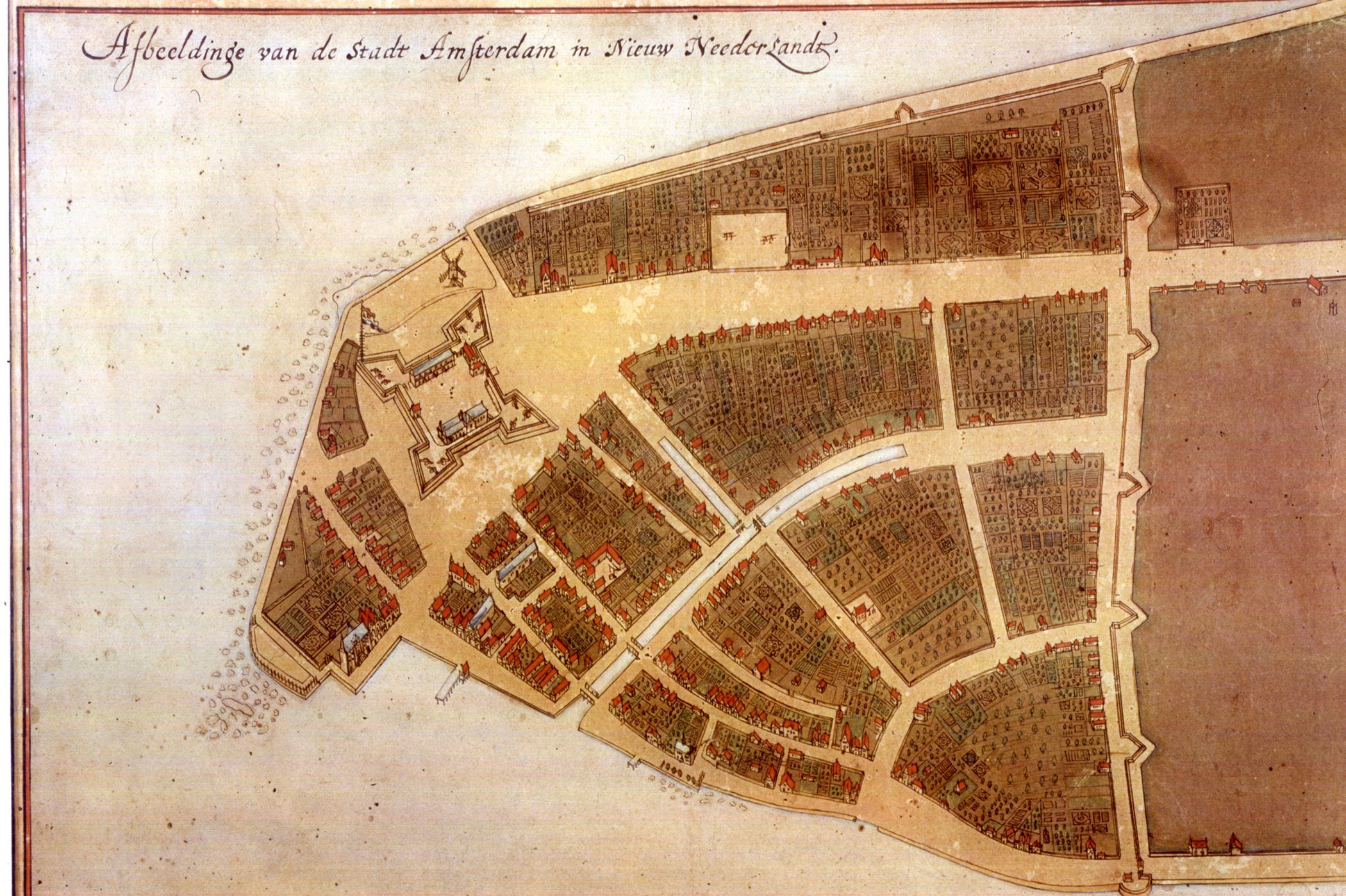 For our Dutch artifact we chose Wall Street. It is located in Manhattan, New York and we picked this because of its historical significance as a part of New York City (formerly New Amsterdam) and its relevance in our society as a dominating topic in political, economic, and social discourse. Wall Street, as it has grown into the financial and business center of the global economy, has taken on an identity that many Americans associate with wealth and power. However, many people today view Wall Street in a negative light because of the involvement of the banks and financial organizations in the recent financial meltdown along with the nefarious and speculative practices that have occurred.

Wall Street dates back to the Dutch colonial times in Manhattan. The name of this renowned street actually comes from the wall of the Dutch settlement because “in the 17th century the wall formed the northern boundary of the New Amsterdam settlement erected for defensive purposes,” (http://www.loc.gov/rr/business/wallstreet/wallstreet.html). Protection was important to the settlers as a potential war was threatening to erupt between the English and the Dutch. The wall was built around the year 1685 by the Dutch settlers, led by Peter Stuyvesant and the Dutch West India Company. Wall Street tells the story of the earliest Dutch settlers in Manhattan, and how they were innovative in the actual construction of the wall. Interestingly, Wall Street also created a natural split of socioeconomic classes as well. Local merchants of New Amsterdam became split into two groups: auctioneers and dealers. Also, Wall Street was a popular place where slave owners were able to rent out their slaves by the day, week, or month. Overall, the early economic innovation of Wall Street created by the Dutch shows how Wall Street, has been a major center for economic activity for many centuries. Now, Wall Street is the busiest financial area in the entire world. This relates to the history of how the Dutch settlers made this area extremely busy and lively back in the 1600s. While Wall Street is not directly connected to Rutgers, it has become an incredibly popular area for college graduates to seek employment and Rutgers sends many graduates and alumni to this historic financial center.